In 1981 I flew the Qantas balloon at the Albuquerque Balloon Fiesta. (Photo below) After landing on an Indian Reservation during my last flight I was greeted by a family where the mother leaned across the basket’s edge to ask me to fly her blind 19-year-old son. With a small amount of gas left we launched and floated to the end of the reservation – not far at all – but far in my passenger’s imagination – far in my joy at being able to share.

A few days after my return home to Australia I was awakened in the early morning hours. To my right, close to the ceiling hovered an American Native Indian, cross-legged, arms crossed in front of his chest. Three white feathers rose from the left hand side of his head. His young, handsome face featured a strong jawline with his black hair falling to shoulder length.

“What are you doing here?” I asked into the dark room filled with this spirit.His answer was not something I could hear but one I could feel. Love!

I did not know who this man was but I thought of him as White Feathers. I reached for pen and paper from the bedside table and wrote the following: Many who live according to their own guidance and daring will become living inspirations to others. There will be a subtle attraction to those who walk in the Light.

Then the light faded as my Native American visitor disappeared into the blackness of the night.

I was comfortable with this experience, actually felt honoured to warrant such a visit. Six years earlier I experienced parallel lifetimes. The previous day to this amazing ‘happening’ I had taken my first hot air balloon flight near Auckland, New Zealand.

As I slept soundly the night after my exposure to ballooning, my spirit left my body. I was acutely aware of the bright orange and gold Mediterranean patterns of the curtains and bedspread in the room, looking down at myself Ruth Wilson still in a deep sleep. I immediately found myself in Egypt, an officer in a Pharaoh’s army leading a large number of soldiers home from a successful battle. The crowds thronged the streets acclaiming their heroes’ return. I rode up close to the Sphinx, got down from my horse, stepped forward looking up at the holy man standing on a wall on the left hand side of the Sphinx, dressed in a neutral hessian type wrap around over one shoulder, his left. A rope belt adorned his middle and he wore sandals on his feet. His head was shaven. His eyes were almost black and held mine powerfully.

He reached into a phial of holy water and blessed me by throwing water on my forehead. I felt the water as I slept in 1975 and saw that I reached up to wipe my forehead while still sleeping. I knew very little of Egypt, the Sphinx, and Pharaohs. My most profound knowing was that this was more than a dream, that whomever I was as Ruth Wilson had lived a life at another time, in another body. My metaphysical journey had started. And has continued ever since. As has my ballooning journey. 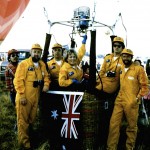 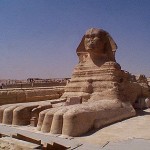 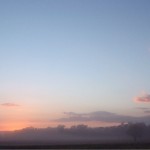 Would enjoy hearing from any other person who is on a similar journey or has experienced any ‘other side’ phenomena. Please contact me through my email: ruthewil@bigpond.com Thanks x