2am 16 September: Team AUS 1 along with Wilhelm Eimers lifted off from the Gladbeck Gas Balloon Launch Site with the Russian Gordon Bennett team of Leonid Tiukhtyaev and Mariya Sadkovskaya following us in their gas balloon.

The night air was stable so our balloon settled into equilibrium within an hour. Tanys spent time working with our navigation system while I kept my eye on the balloon instruments when not seduced by the night views below. Floating over numerous white wind turbines with their blinking red lights was eerie. Around 4am I put my head down for a nap – short but sweet. Experienced gas pilot Wilhelm Eimers then placed his head on the pillow and slept for nearly 2 hours. Tanys chose not to sleep.

The first glow of morning appeared in the east. I tried to capture the image on the camera but could not give the beauty the justice it deserved. Around 7.30am we woke our sleeping guest for breakfast. Cheese sandwiches, fruit, nuts and coffee for me only had us all satisfied. Contact had been regular with our Russian pilots during the flight. It became obvious that the wind was increasing below so a decision was reached to prepare for landing.

This is when activity in the basket became greatly increased. Outside-the-basket sand bags were resettled inside. All loose items packed into various pockets. My right hand was on the sand scoop at the sand hopper; my left ready for the red line to dump our hydrogen gas to encourage the balloon earthbound. Our flight ended at the town of Cloppenburg close to 9.45am. We were met by Holger and Katrin Dirxen who own and run a hot air ballooning ride business called Wassertraumer and one of the team as well. After helping pack up our balloon we all headed for the Russian team’s balloon to help with their pack. Holger then invited us back to their home for a late breakfast. Fabulous warm hospitality plus much yearned for coffee from our new German friends. That’s the world of ballooning.

We will watch the weather over the next number of days to do one more flight hopefully before moving on to Bern Switzerland. 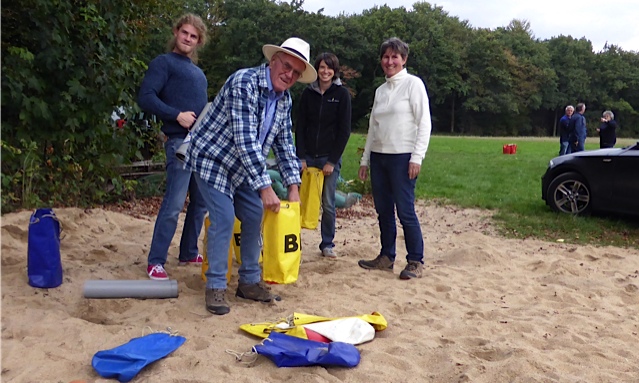 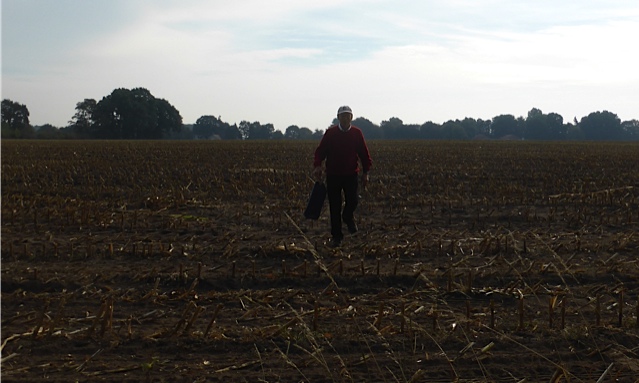