Tomorrow has brought sunshine and the decision to drive through Walgett to reach Lightning Ridge 727 km northwest of Sydney. Just in case anyone has not heard of Lightning Ridge. Famous for its black opal the dream to strike it rich has attracted numerous miners both experienced and inexperienced to fossick for opals and other gemstones. I wonder if I will find an opal that I cannot walk away from while in this town.

The road is rough, the holdings or paddocks are huge in this wide-open landscape. Brigalow trees blend and swap spaces with box trees offering shade to the animals along this Castlereagh Highway. Scattered sheep, a mob of emus here and there and always the grey kangaroos. I have discovered fava beans, large fields of them grown for stock feed but generally the travel is monotonous along this part of my journey.

Turn right off the Highway and drive approximately 6km to the township. There are a number of caravan and camping parks in this town, considered a tourist town. I have been told about the Hot Artesian Bore Baths so that could be an activity tomorrow. But primarily this is a mining town.

My father was a miner, a coal miner. During his single days he was a drover but once married, he moved his family to Collinsville where he took work as an underground coal miner He would return from work covered in coal dust. I became a coal miner’s daughter. One night a bomb meant for our neighbor, a known communist, was mistakenly thrown at our home destroying the front rooms. I was almost 6 years old. Father moved the family to Bowen on the coast where he then worked at the Meatworks in the Freezer area. I wore the fact that my father was a hard worker with much pride and loved him dearly.

When I was 31 I was told I was adopted. I lost the father template I believed in so strongly and became a secret daughter. There is a man in the wider world, my biological father, a man whose name I know but cannot find after years of searching. My love for my coalminer father has never diminished. He is not on this earth now but I continue to thank him daily for parenting me. I am working towards finding the courage to name my birth father publicly in the hope of learning of his life’s journey. These thoughts accompanied me while driving around the deserted mine sites here in Lightning Ridge this afternoon. 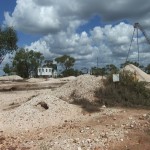 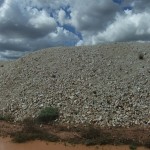 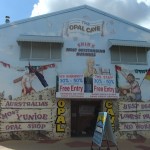 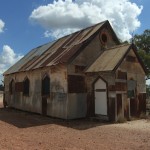 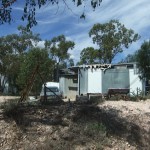 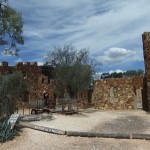