No vacancy. No vacancy. No vacancy. All 3 Mudgee Caravan sites are fully booked. ‘Head to the Mudgee Showground’ says a helpful camper. Well there is another lesson learned. Wrongly assumed with three sites in town there would be a space available. The wind is blowing so strongly that all the other campers at the Showground remain inside their vans. This won’t be a social evening either. Once the van is unhooked, leveled and ready for the night, a trip around Mudgee ensues.

Tomorrow should bring winery visits with tasting and a golf game if the wind drops. 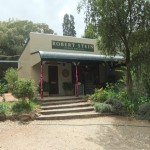 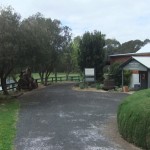 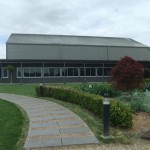 First stop is at Robert Stein with its Motorcycle Museum. Leave with a few bottles of 2013 Shiraz. Onto Robert Oatley Vineyards Cellar Door situated on the site of Mudgee’s oldest Vineyard(1858) arriving just in front of a busload of Sydney tourists The building spills onto extensive picnic grounds. The name Bunnamagoo appeals to me so it’s off to the Estate winery we go. On arrival I am seduced by Paspaley Pearls on display, especially a pair of pearl and gold earrings. I am almost relieved when told another woman has just bought them.

Lowe Organic Winery deserves a check out but lunch is calling so after a quick visit off to Kelly’s Irish Pub for some tasty pub fare. Not before stopping to photograph the remains of Henry Lawson’s home. His childhood was spent here at Pipeclay where his mother ran a post office while his father worked as a building contractor around Mudgee. Henry Lawson, legendary short story writer and balladist, received only three years of schooling. Born on 17 June 1867 at Grenfell, New South Wales and died at age 55. His state funeral was held on 4 September 1922. 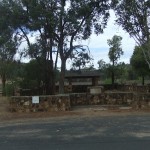 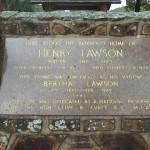 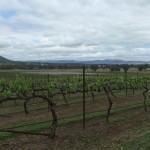