The Magic of Gas Ballooning – Episode 4

Team Poland are planning to fly to Berlin. With the slow winds during their last flight they covered only 80 kilometres in 16 hours so returned to Gladbeck around midnight. During our flight we had covered 46 kilometres at the 4 hour mark finding a faster speed at a lower altitude. Such is the behaviour of the winds at various altitudes on any given day.

Tanys and I are busy filling sand bags for our next flight – our fuel of gold. We have made sandwiches for our breakfast as well as packing blueberries and nuts. Champagne and water complete the meal.

The wind for this flight will be stronger than earlier flights. I need to practice my fast wind landings and Willi Eimers agrees. He has competed in the Gordon Bennett Race 25 times often being confronted with high winds at landing. I thought I heard him say 27km winds but surely not? Demanding for a gas balloon landing. It was. He and his German co-pilot Matthias Zenge flew from Vichy France to the eastern tip of Sicily over 1410km in close to 62 hours to claim the 2014 prestigious race Trophy. As one of the most widely respected and recognised gas balloon pilots, his words and advice are so welcomed and appreciated – that’s why Tanys and I are here.

Memories of my landing in the 1999 Gordon Bennett Race haunt me. After flying 15 hours
non-stop covering 602 kms we were confronted by a violent thunderstorm heading towards the balloon. A fast descent from 12,000 feet to get the balloon onto the ground to avoid the storm was an absolute must. Venting gas from the balloon’s envelope to fall quickly, I was throwing full bags of sand over the side of the basket simultaneously to arrest the speed – working to gain some semblance of balance with what was happening. The basket arrived on the ground in 19kts winds to drag across the Oklahoma farm paddock. I suspect my experience with my hot air balloon fast landings over numerous years contributed to our missing the storm.

It is well accepted in aviation that the landing of any aircraft which includes the balloon is the most demanding aspect of any flight. Who knows what landing conditions we shall find in Europe in September/October 2018?

Yesterday we touched down in Wuppertal – a new name for my log book. 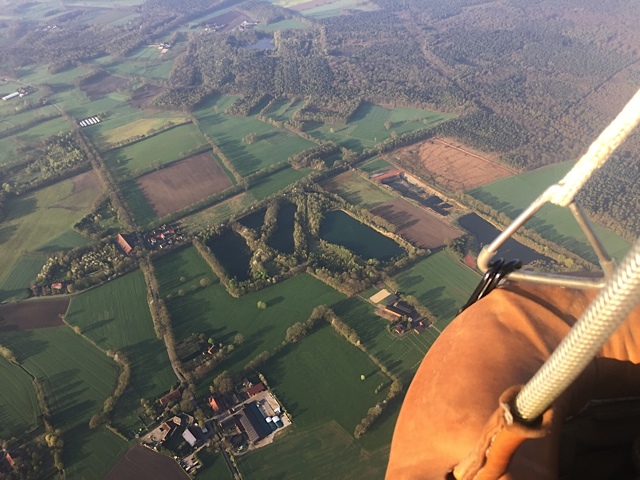