Decision made to stay for a couple of nights at Anna Bay to gather further provisions and plan a route for the next two or three weeks.

I notice the first man approaching wearing his tattered slippers, baggy pants and a shirt that hasn’t seen water for awhile. He starts waving his arm to move the van to the right. What? I wind down the window and he says the black rubber is only for walking on not parking van on. A second man appears wearing an authoritative mentality. Frowning, nodding his head in approval or disapproval I cannot tell. Eventually the van sits where it needs to be. Everyone is happy. I think.

Lots of coming and going to the van, till the long list of jobs has been ticked off and list thrown in the bin. That magic evening hour approaches where I am told caravan adventurers bring out their easy chairs, plates of cheese with crackers accompanied by beers and or wine. I don’t see much of that happening at this park and haven’t to date. So I just pour myself a vodka tonic, turn on my music. If you haven’t heard ‘Tennessee Whiskey’ by Chris Stapleton or the Brothers Osborne’s song ‘Rum’ treat yourself. A bit of a theme there I notice. Of course I am the only person in the Wilson clan who thrives on good Country Music. I feel I have left the others down by not converting them at least to Country Blues.

Time to depart for the next stop at Mudgee, NSW.

Two hours along the track I am wondering if and when a coffee shop will appear when it hits me. There is a coffee shop on board, toilet as well. Pull over at the next pretty spot and take a coffee break I suggest to myself. The miles roll by with nothing ‘pretty’ instead rolling plains of brown dry grass with parched trees begging for water. We are on the Golden Highway but I see nothing Golden about it. Around a corner and my senses are attacked. Prime thoroughbred horse studs stand on manicured green expanses surrounded at their edges by the dry parched brown fields. 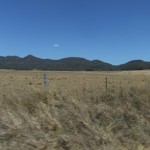 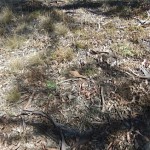 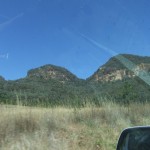 The world of ballooning always offers a huge variety of colour in my life. A picture speaks a thousand words so enjoy the images below. L to R: First image courtesy of Paul Brittliff, balloon pilot & photographer extraordinaire, the other two taken by me at 2013 French & United Kingdom Nationals in Brissac, France where I participated as a member of the Jury followed by balloons at the 2012 World Championship, Battle Creek U.S.A. while I was an Official at the event. 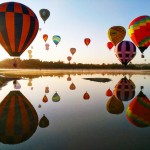 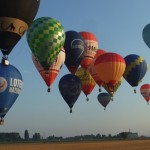 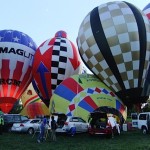