At the heart of a Gordon Bennett Gas Balloon Team is their meteorologist. He/she will be immersed in weather patterns long before the official launch occurs. Their skill and approach will contribute to the flight’s journey.

Team Australia is blessed with securing the services of Albert Maas (Ab).While working as an Aviation Forecaster at Schiphol Airport in Amsterdam Albert (Ab) Maas was introduced to the world of hot air ballooning. Invitations followed from numerous ballooning events and championships to act as their meteorologist.

Ab found the world of ballooning fascinating but it was gas ballooning that brought the most thrills. Finding the right levels to fly in safe weather conditions and to compete with other teams is most challenging for a meteorologist.

For more about 20 years Ab has advised teams in the Gordon Bennett mostly the team of Netherlands pilot Rien Jurg. He has also worked with Swiss pilot Kurt Frieden. When asked if he had encountered any demanding moments working with weather for this prestigious race he recalled in 2002 sending Kurt away from the shore over ocean waters. His met skills directed Kurt back to land safely in Spain. For Kurt it was his first over-water flight.

As a now retired meteorologist from the Dutch Met Institute (KNMI) Ab Maas’ 40 years of knowledge will be an essential part of the strategy for GB Team Australia.

Working with Ab will be Becca Wilhelm from Huntington Beach, California. We have taken Becca away from her usual interests – riding beach cruisers, playing piano and guitar – to join our world of gas ballooning. She is a retired satellite systems engineer and mathematician with a passion for optimisation. During the Gordon Bennett race her passion will be ‘weather’.

Ab will maintain his base at his home office in Netherlands. Becca will work from one of our chase vehicles. Between them we should not lose contact. That’s our plan. 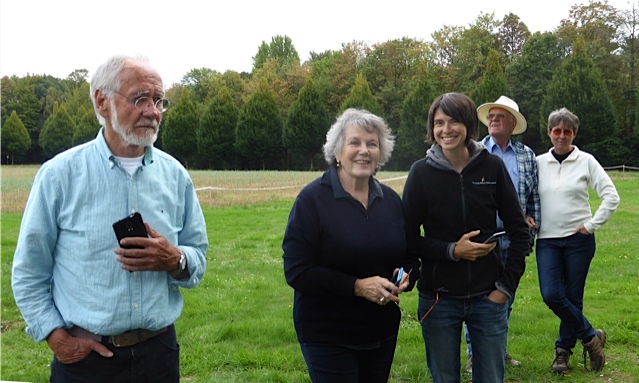