At noon after 63 hrs 38mins airborne the current standings are Swiss 2 936.58km, Spain 1 793.95km and Swiss 1 close behind at 786.94km. Six balloons trail these leaders but with such a race anything can change quickly.

USA 2 Cheri White and Mark Sullivan land this morning after 62 hrs 25 mins with a distance of 694.42km. Late yesterday as the sun was setting –

Team Luxembourg landed yesterday evening after 43 hours with their distance recorded at 28.89km. The cows in their landing field ran up road to return to their milking shed with the farmer appearing surprised but happy his cows were early for their session with their owner. Piot Carlo Arendt and Claude Sauber, first time Gordon Bennett competitors, were welcomed by their enthusiastic landowner. Carlo and Claude had endured much thermal activity causing loss of sand to force them to the decision to end their flight for safety reasons.

Willi Eimers with his son Sebastian landed 8km from the launch site to claim the shortest distance this year.

France 2 who were leading the race were forced to land due to their approach to Munich Airport at the controllers’ busiest time. Pilots Eric Decellieres and Benoit Havret were more than disappointed. Close on their heels came the Polish team, current GB Champions defending their 2018 title. They also were forced to land to avoid Munich airport.

Team Australia are travelling east from their landing spot to join the Welcome Back celebrations here at Race Headquarters this coming Friday night. What stories will be shared?

We prepare for another night as the intrepid pilots fly on towards their final goal. 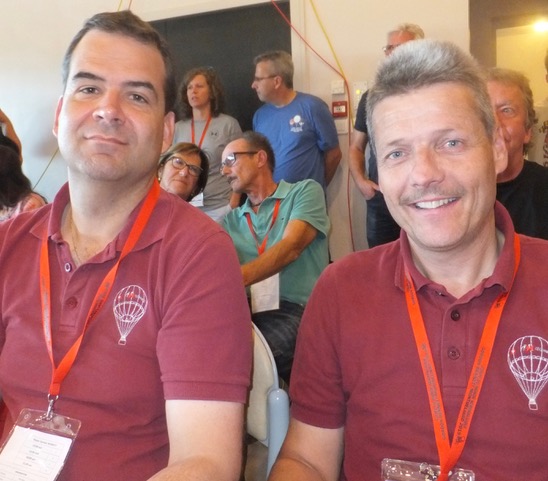 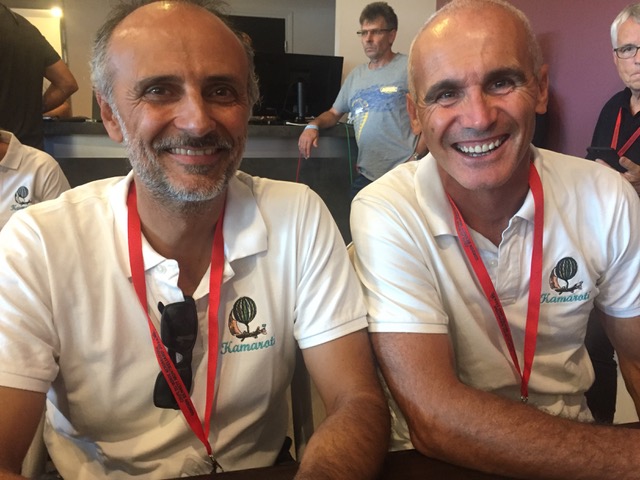 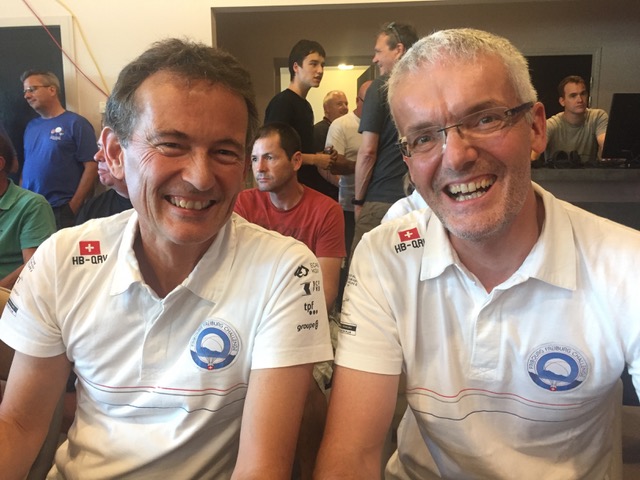